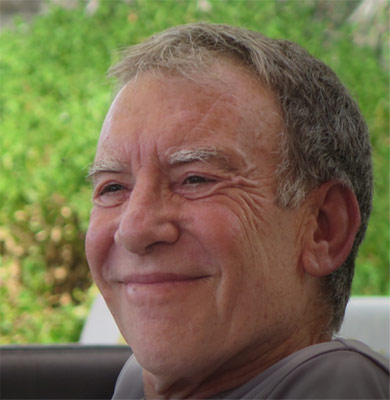 A virginal poet at the tender age of sixty-four, Sarnat first wrote about caring for the homeless and happenings in the lands of Abraham and Burning Man from the Judean Desert of his heritage to the Black Rock Desert’s annual pagan arts festival. Mount Analogue selected Sarnat’s sequence, KADDISH FOR THE COUNTRY, for distribution as a pamphlet in Seattle on Inauguration Day 2017 as well as the next morning as part of the Washington DC and nationwide Women’s Marches. Gerry is a physician who’s built and staffed clinics for the marginalized as well as a Stanford professor and healthcare CEO. Currently Gerard is devoting energy/ resources to deal with global warming. He’s been married since 1969, just celebrated his golden wedding anniversary, has three kids plus six grandsons, and is looking forward to future granddaughters.